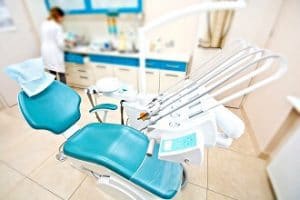 From a dental accident to any kind of accident, some people may find themselves missing a tooth by the end of it. A missing tooth isn’t good, however a front tooth is even worse. Of course there are many options for replacing front tooth and below we outline them.

Before we get into them though, the first thing you want to do is if you are missing a tooth, even if it’s not the front one, call your dentist. A knocked-out permanent tooth is an emergency and needs to be addressed immediately. Furthermore if the tooth is re-implanted within a 30 minute time frame, the chances of success increase significantly in reimplantation of said tooth.

It’s prudent to gather the teeth (avoid touching the root of the teeth), store them in warm water or re-insert them into the person’s mouth, and to try and treat any bleeding, pain, or swelling.

If you are able to get to a dentist in time, there’s a chance that the dentist will be able to save the front tooth. Regardless, the dentist will try to bring the tooth back to its former position, anchor it, and then provide special instructions for you to follow. There’ll be another check-up in a few days to see how things are going. You should also call the dentist if the tooth at any point is turning black.

Of course this particular option isn’t always available for everyone. But there are other methods that help in getting a replacing front tooth.

Aside from getting the original back in place the other option is getting an implant. Implants are the next best method in a replacing front tooth solution. Though costly, implants are strong and are meant to fuse with the surrounding bone. Implants are meant to last for life, however they are also known for causing problems after some time.

The reason for that is that the implants reactive with microbes in your mouth which create a toxin. This toxin puts a strain to your immune system.

Furthermore after an implant it takes an average of 3 months for that implant to heal. What this means is that some patients won’t get a crown until after that three month period. You might be able to get a temporary crown, however since the implant is acting as a replacing front tooth, the crown will face a lot of stress from biting and chewing.

Another common solution for replacing front tooth is to use a tooth-supported fixed bridge. The idea behind this is that teeth are used to bridge the gap between a missing tooth. The bridge is formed using two or even more crowns on both sides of the gap.

The idea behind the bridge is to anchor the missing tooth which is replaced with a fake tooth. In the end, the fixed bridge has a natural look and if you’ve lost multiple teeth around that area you could consider an implant-supported bridge.

The only downside to the fixed bridge is that in order for it to work, the surrounding teeth need to be shaven down for the fake tooth to slide in. This in turn can compromise those teeth over time. This can result in further treatment or replacement.